YOU SHOULD KNOW ABOUT RAM 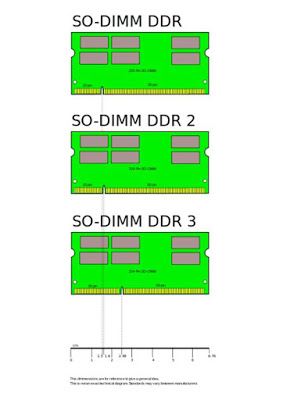 YOU SHOULD KNOW ABOUT RAM

Adding RAM is among the easiest ways to improve the performance of your desktop computer or laptop. It can also be said to upgrade the most economical performance compared to other hardware upgrades such as switching hard drives, replacing motherboards or processing or adding graphics cards.

For those of you who have or are planning to make improvements to your computer by adding RAM, you are certainly need to know various terms and terms related to RAM (Random Access Memory).

As our guide, here are some of the terms you need to know when purchasing or reviewing RAM on the market: 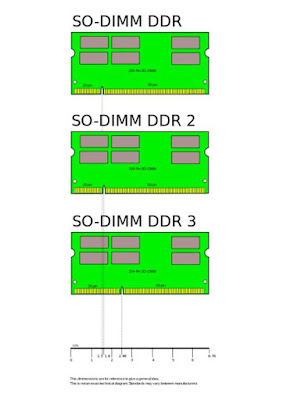 SO-DIMM DDR (Double Data Rate) and DDR2 both have 200 pins. However, both can not be placed indiscriminately like putting DDR on DDR2 hardware specifications or vice versa. Fortunately, SO-DIMM has a different notch that can be used to determine its types from our naked eye.

UDIMM
UDIMM is one of the types of DIMM, the difference in his memory is unregistered or unbuffered. UDIMM is usually used on desktop and laptop computers. Although UDIMM is considered faster and cheaper than registered type memory (RDIMM or registered memory), it is less stable than the registered type.

RDIMM is more used on computer systems that require high stability such as those on a server or research computer. For casual computer usage, the use of UDIMM is sufficient. Chips in DDR that are in the market today are mostly from UDIMM types.

GDDR3, 4, and 5
Graphics Double Data Rate (GDDR) is the type of memory used for the graphics card. Although it has a lot of technological equations with DDR (double data rate), it still has some uniqueness that distinguishes it. GDDR3, 4, and 5, all of which are still widely used and you may get it without any problems.

First used in NVIDIA’s GeForce FX 5700 Ultra in 2004, GDDR3 was built using the same technology base as DDR2. However, the resulting heat and energy use are less by using GDDR3. This allows the graphics card to use a more compact cooling system as well as improve the quality of graphing.

EDO DRAM
EDO (Extended Data Out) DRAM is specially designed for Intel Pentium processing once. This type of RAM is no longer released on the market today. It is produced with the purpose of reducing the time required to read memory.
Although it was originally optimized for Pentium 66 MHz processing, it is not suitable for use on a faster computer. For that, RAM type SDRAM (Synchronous Dynamic RAM) is more suitable to use.

When EDO RAM appeared for the first time in 1994, it comes with a maximum speed of 40 MHz and a bandwidth ranging up to 320 MB / s. Unlike DRAM (Dynamic Random Access Memory) that can only access one memory block at a time, EDO RAM can retrieve the next block at the same time once the first cycle returns to the CPU.

Labeling DDRM DDR according to its speed is not easy. For example, multiple data speed rates, a DDR DIMM rated 100 MHz is actually capable of implementing 200 million transfers within 1 second.

However, bits are units of measure that are easier to use than transfer rates for any time other than making it easier for us to calculate. For that reason, DIMM speeds are based on PC ratings.

PC DDR DIMM ratings can be overlooked by multiplying data transfer rates for any time with a value of 8. For that reason, PC ratings give DDR2-200 as PC-1600.

The DIMM DDR3 is much faster with the most basic types capable of overcoming DIMM DDR speeds up to four times and transfers data up to 800 million seconds. This type of DIMM is capable of speeding up to 6,400 MB / s and is labeled as DDR3-800 or PC3-6400.

The fastest DIMM DDR3 model approved by the JEDEC (Joint Electron Device Engineering Council) is capable of achieving a degree of up to 12,400 MB / s or PC3-12400.

For that, the type of RAM and its adaptability to the motherboard of your desktop or laptop computer needs to be known first.