WWW (World Wide Web), Where Is It Come From? 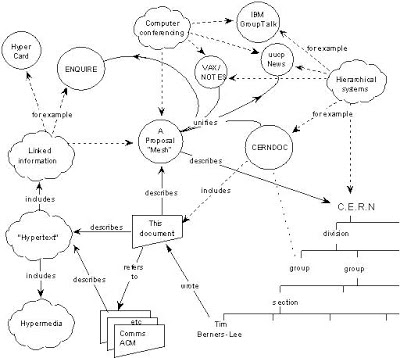 WWW (World Wide Web), Where Is It Come From?

There are a lot of things in life that take it for granted. Most people want to have three meals a day, of course, pick up the phone and the computer will be able to access the Internet, browse different pages. Most of the web site from the beginning of the domain is “www”, but in the end www three words from where? 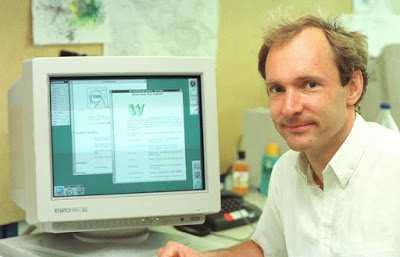 WWW on behalf of the World Wide Web (also known as the World Wide Web), which is its name, also contains its mission – to provide information for the world. The creation and realization of this great mission is the British computer scientist Tim Berners-Lee. He was born on June 8, 1955, grew up in London, graduated from Oxford University Department of Physics, and later became a software engineer.

In 1980, Tim served as a half-year contract employee at the European Nuclear Research Organization (CERN), presenting the concept of a global system for the first time. At that time scholars and researchers came to Japan near the laboratory, in order to use the accelerator to study. Although scholars around the world to send mail and files through the network, but in the computer a lot of information, find the relevant information is still not convenient.

At the time, Hypertext technology allows direct switching from the current reading position to the text pointed to by the hyperlink. Based on the hypertext search program, Berners-Lee has developed a program called “ENQUIRE”, where researchers can easily connect from the chapter of the document to another section, make the file search more organized, and make it impossible for different systems Send data.

After four years, he returned to CERN. CERN has now developed into the main point of the European Internet, the number of data exchange is also more and more, the shortcomings of the existing program is that it can only search in the same database for the distant scientists in the world, looking for elsewhere Data and exchange of data, is still a troublesome process.

In March 1989, Tim made a vision of the World Wide Web (Web) in a “Information Management: Proposal” that was not immediately accepted, and Mike Sendall was writing on the cover. “Blurry but exciting”. Web results have never been a formal plan for CERN, but the director still gives Tim time to try to start research. In October the same year, Tim developed three basic Web technologies:

URI: Identify the string of network resources, can be understood as the address of the page

By the end of 1990, the first Web page was on the Internet, and the following year CERN invited people outside the research organization to join the Web community. Although Web users continue to increase, but Tim realized that to make the Web to maximize the potential, is open to the public free of charge to the public. CERN finally agreed to Tim’s request, announced in April 1993, the Web open to the public use, as public property.

The public property, but later became the billions of people to communicate and disseminate information platform, but also numerous creative entrepreneurs and technology giant whispering springboard. Take it for granted, still need to thank Tim and CERN’s generosity. Tim Berners-Lee later served as a major non-profit organization. Earlier he published an open letter, said personal privacy data out of control, the proliferation of false information and opaque political propaganda into the World Wide Web of the three major issues. The 61-year-old father of the World Wide Web, with its founder, the World Wide Web Foundation, is still dedicated to protecting his masterpiece for the benefit of society.