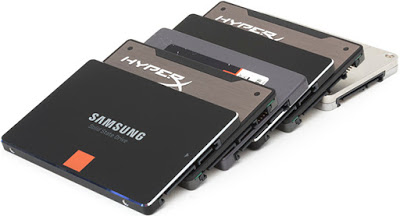 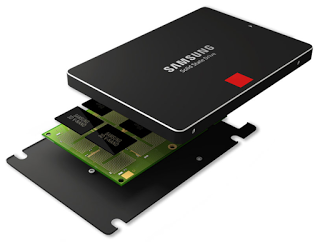 SSD stands for Solid – State – Drive which is a data storage media that uses steady memory or nonvolatile memory as media, and does not use magnetic disks like conventional hard drives. In contrast to a nonvolatile memory (eg RAM) the data stored on the SSD will not be lost even though the power does not exist.

History of data storage without using this moving component has actually begun since the late 1960s and early 1970s. At that point, SSD was created for IBM’s super-computer, Amdahl and cray. However, the price is payable, making SSD cannot be generated in bulk because the cost (made in demand).

The SSD project was then extended with the presence of SSD created by StorageTek in the late 1970s. In the early 1980s, Santa Clara Systems introduced BatRam, a memory-shaped memory series with a total capacity of 1 megabit (125 kilo bytes) that worked to emulate hard disk, large storage medium at that time, as MS-DOS version 1.0 only supported the media maximum storage of 160 kilos bytes. In the package, this memory comes with a rechargeable battery. This battery works to store data when RAM circuits are not powered (eg when the computer is off).

In 1995, M-Systems introduced lightning-based SSDs. The SSD is then widely used by the US military and aerospace industry as a replacement for conventional hard disk functionality. Since then, the SSD has grown so much that they are formed in devices we know today and are beginning mass-produced so that today’s prices are getting cheaper (although ordinary hard drives are still much cheaper).