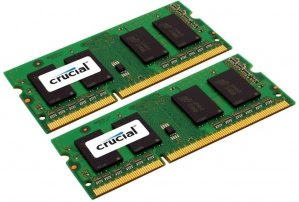 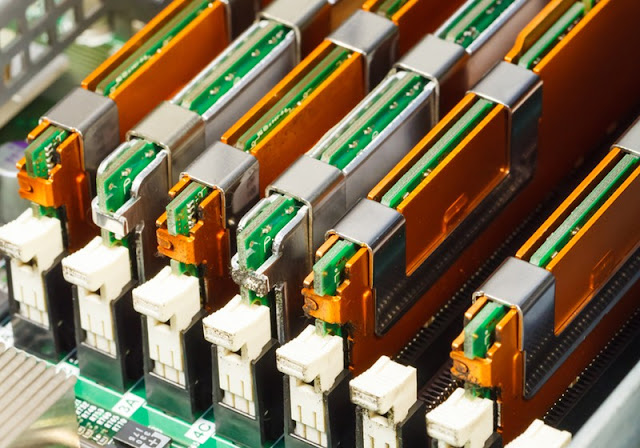 The two biggest drivers of speed for a PC are storage (SSDs vs. hard drives) and RAM. More RAM improves PC performance, not just for hardcore applications like games but also more common apps like web browsers. DDR3 was a giant leap over its predecessor DDR2, and this comparison looks at whether that is true for DDR4 as well.

The DDR4 standard offers higher module density, better reliability, higher transfer rates and decreased voltage thereby providing increased speed and better power efficiency. It is also a standard designed with the future in mind; e.g., it supports 3D stacking of dies with through-silicon-vias (TSVs) which allows increasing module density by stacking up to 8 dies. But in practice users may not experience a noticeable difference in performance when using DDR4 RAM modules available today. 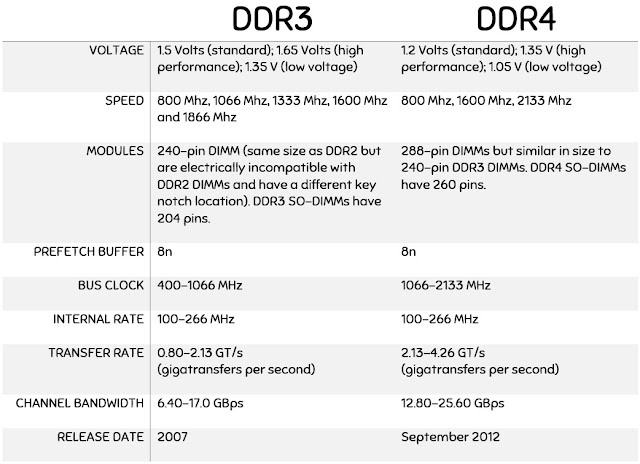 DDR4 is not backward compatible with DDR3 motherboards because the physical design of modules (DIMMs) for DDR4 and DDR3 are different.

They are also different in height and thickness — the increased height of DDR4 modules (31.25mm instead of DDR3’s 30.35mm) makes signal routing easier, and the increased thickness (1.2mm vs. DDR3’s 1mm) accommodates more signal layers.

The position of the notch on DDR4 memory modules is also different from DDR3 modules. This prevents accidental insertion of the wrong type of memory because they are not backward compatible.

The DDR4 standard allows for DIMMs of up to 64 GiB in capacity, compared to DDR3’s maximum of 16 GiB per DIMM.

Overall, comparing DDR4 to DDR3, there is little difference to separate the two. In a couple of small instances one is better than the other, but on those edge cases it might be prudent to say that we cannot make a final decision until we can synchronize the rest of the system, such as the size of CPU caches. When we can perform such tests, we will run some more numbers.

JEDEC, the organization that designs DDR standards lists some technical features of DDR4 on their website:

DDR4 adoption has been much slower than DDR3. Prices for DDR4 memory modules have not fallen with mass adoption, so the DIMMs continue to be more expensive compared with DDR3 modules.

Search trends also reveal that as of August 2017, DDR3 memory continues to be more popular worldwide.

DDR3 or DDR4: Which one should I choose?

For most consumers the choice will be simple because DDR4 is not backward compatible. If your motherboard was designed for DDR3, then that’s what you can choose. Even if you’re setting up a new PC, you will still choose based on the other components — the CPU and motherboard — of the system.

Some of the latest CPUs from both Intel and AMD support DDR4 SDRAM and some are still designed for DDR3. DDR4 would have been a good way to future-proof a new PC but chances are DDR3 will continue to be in wide use for the next 3-5 years at least. And future gains in DDR4 performance probably won’t benefit current systems because the clock speeds won’t match.